In our FC Bayern tour you will discover the origins and birth of the most famous football club in Germany. FC Bayern is now known far beyond the city limits of Munich. It's hard to believe that when it was founded it was made up of just 11 men. In the tour you experience the era from the founding year 1900 to the end of the First World War and dive deep into 1900s Schwabing.

Munich, February 27th, 1900 – what began as a meeting of MTV Munich was to become the birthday of Germany's largest football club. 11 men from all over Germany came together and founded their own football club. Who should go down in history as FC Bayern Munich.

You can experience the founding evening up close at the following original locations:

This tour was created in cooperation with Club No. 12 and the Kurt Landauer Foundation and historically accurately depicts the first years of the club. Dirk Kämper, who developed the screenplay for "Landauer - The President", which deals intensively with the later president and current honorary chairman Kurt Landauer, also gave valuable feedback to the screenplay. The first chapters of the FC Bayern Munich, which are relatively unknown among the fans, is presented here in a very exciting way. A must for every Bayern fan! 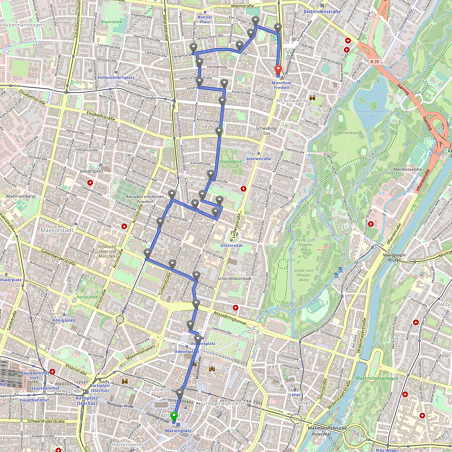 Data from OpenStreetMap. Published under ODbL.

Tips:
- it is highly recommended to take the tour during daytime
- watch out for cyclists, cars and trams

IMPRESSIONS OF THE FC BAYERN TOUR

ABOUT THE FOUNDING YEARS OF THE FC BAYERN 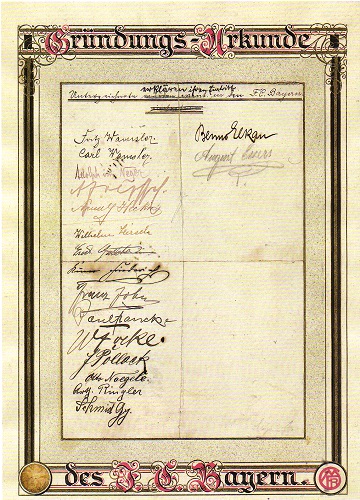 FC Bayern Munich was founded on February 27, 1900 in the Gisela restaurant very close to Odeonsplatz. At a general meeting of the men's gymnastics club of Munich, MTV, some members of the football department criticized the way the footballers were treated. They then left the club and formed their own.

Supported by Friedrich Wamsler Senior and other sponsors, FC Bayern soon had their own football pitch and dominated Munich's football leagues. But already then the club was driven by ambition and with the focus on discovering new talents and an eye on international clubs all over Europe, they worked diligently towards the goal of becoming the best football team in the world. 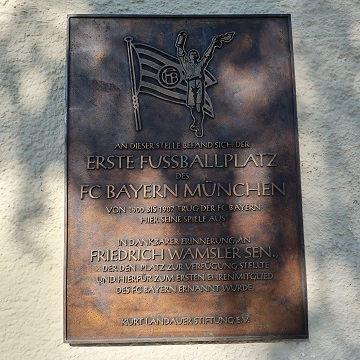 But there were more than enough challenges to overcome. At that time, football was considered a rough, un-German sport that was even banned in schools. The constant lack of money and the strong competition from other clubs also had to be overcome. Additionally, the arrest of the President and the First World War caused serious setbacks in the development of the club.